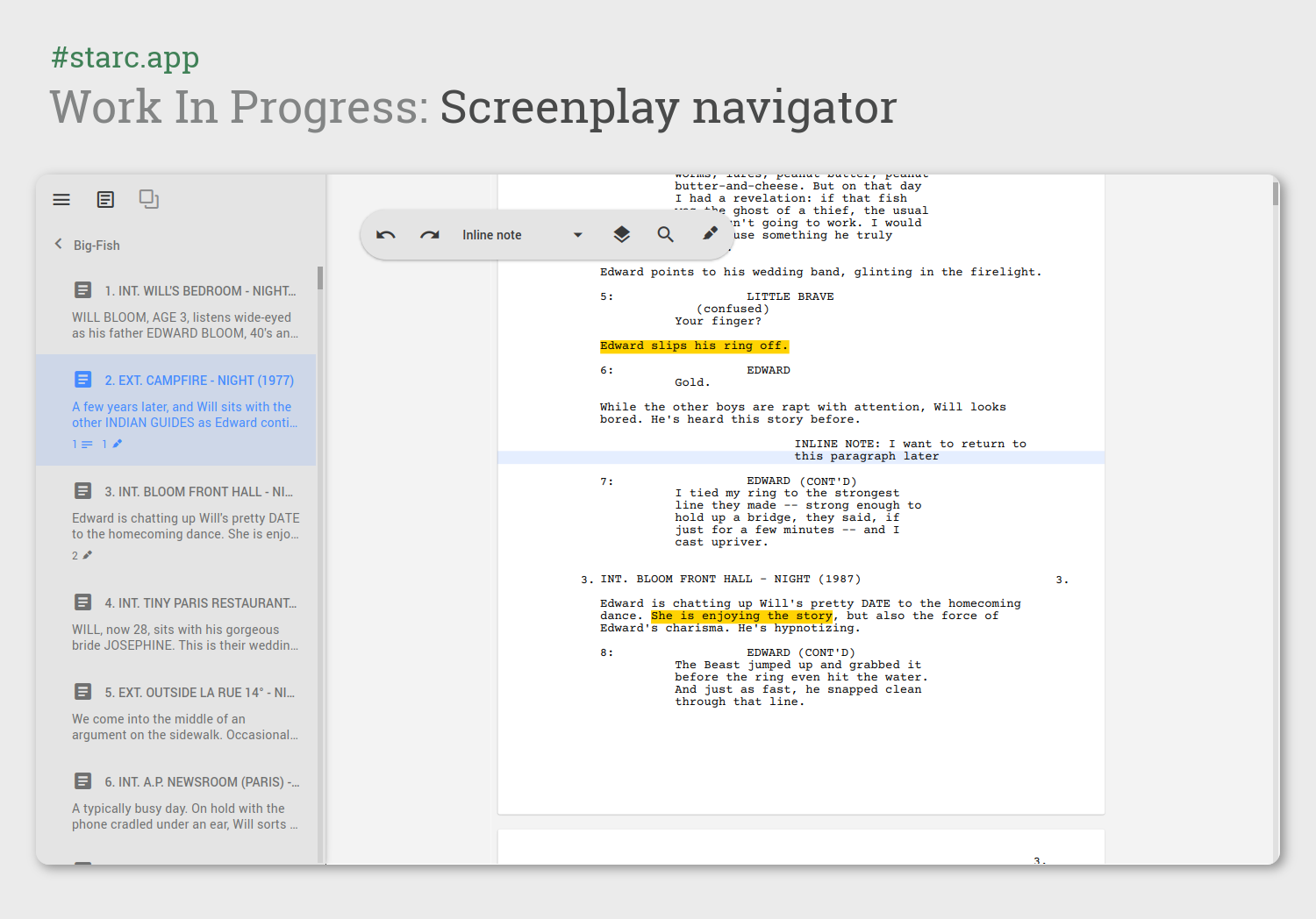 The next beta version of STARC is here, are you ready to check it out?

The current Story Architect 0.0.3 update includes:
- Importing projects from FDX, fountain, DOCX, ODT, trelby, celtx formats and of course from the KIT files
- Added basic review features (adding selections / comments, possibility to mark a note as resolved)
- Added a quick script formatting panel
- Added automatic correction of lowercase letters for CAPITALS in the script editor
- Script editor settings have been added: the ability to display scene and dialogue numbers, as well as highlighting of the current line
- Script navigator is on and working (to activate it, double-click on the text of the scenario in the project navigator).
- Script navigator settings have been added: the ability to display scene numbers and setting the display of a scene text
- Added translations of the program interface into Azerbaijani, German, Hebrew, Hungarian, Italian, Slovenian, Spanish, Turkish, Ukrainian (if you want to help with translating the app into your own language pls find out how to do this by clicking on the link).
- Improved representation of project cards on the start page
- Color schemes have been upgraded
- Fixed the problem related to scrolling through the list of spelling dictionaries in the settings
- Fixed the app crashing when the project cover image was selected multiple times
- Added hints for all interface buttons
- Fixed the problem with typewriter sounds when entering capital characters
- Fixed the problem with opening a file via the Windows menu
- A portable Windows version has been added