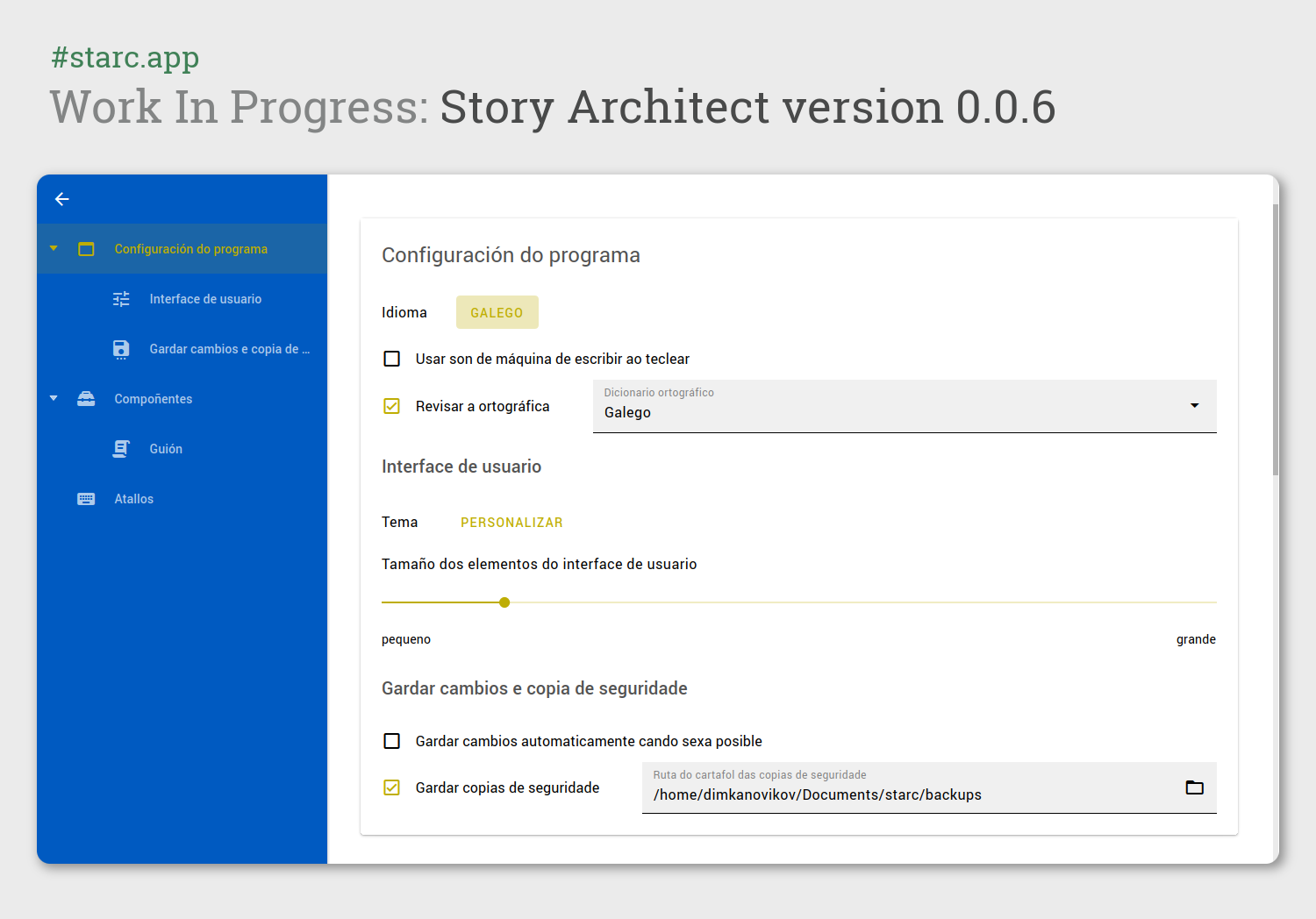 Starс 0.0.6 has been released! It includes the following:
- PDF export is now live
- Added common script templates
- Characters and locations can now be created in the New Document dialog box
- Descriptions and photos for characters and locations can now be added
- You can now set headers and footers for the script
- You can also set a scene number prefix and a start number
- Added indicator buttons of collapsed panels that’d help open them back
- The standard context menu has been added to the script editor
- Auto-detection of transitions in the script editor has been implemented
- Few bugs related to the double dialogs have been fixed, and in general they have been considerably improved
- Page split now works where the pointer was clicked, not where the cursor is positioned
- Few issues with text drag and drop within the script editor have been fixed
- Added translations of the app’s interface for Galician, Romanian and Farsi
- And as always, a huge amount of smaller things have been tackled related to overall stability, speed and appearance.

It was really fun, all these new features keep pouring out so smoothly the moment I open the code editor and lay down my hands on the keyboard :)

It will get even better in the future, we promise! Stay tuned and in the meantime please go and test the new version!

Talk to you soon, friends!