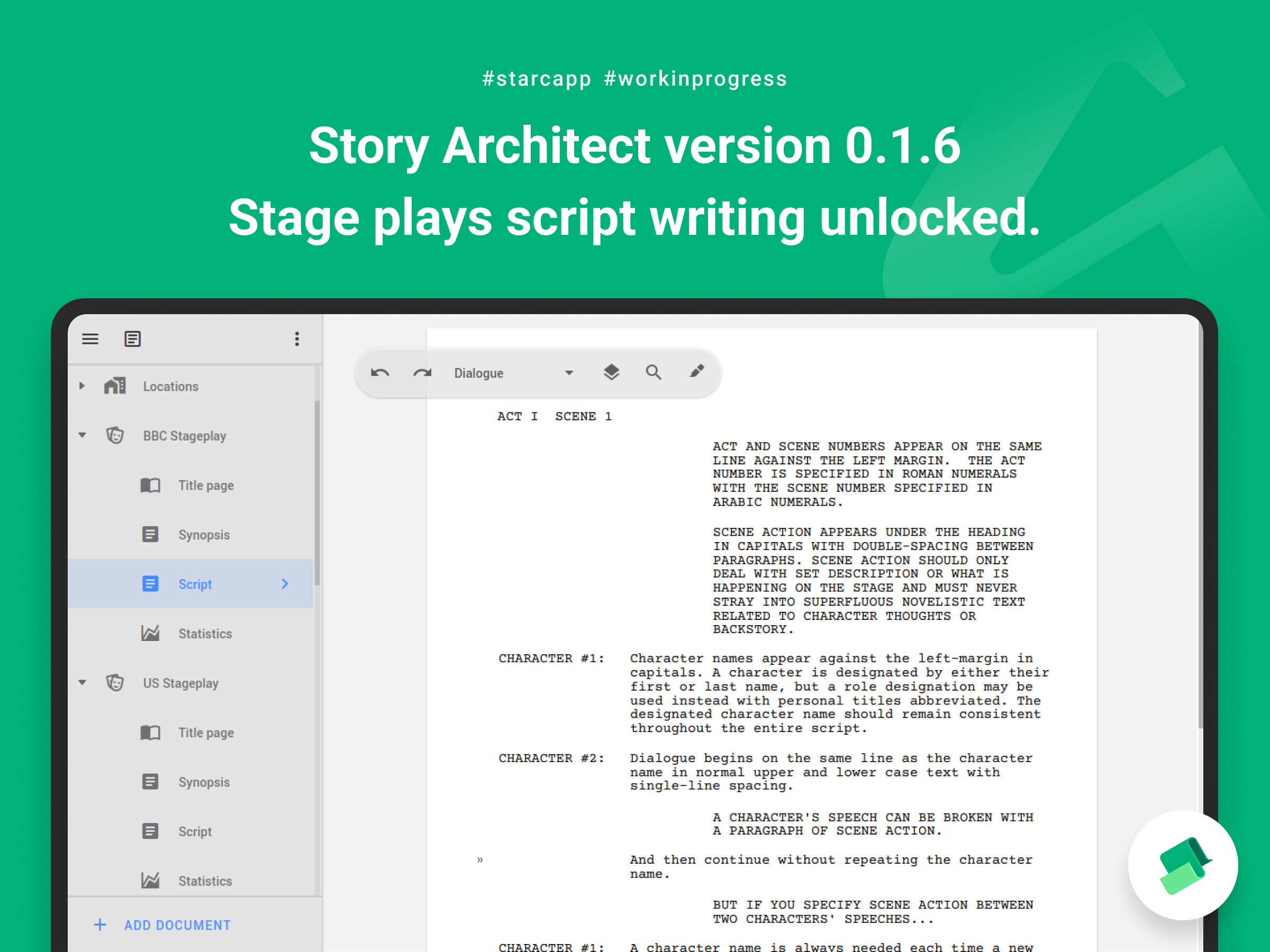 Welcome back to our blog about Story Architect updates!

Today we're publishing a new version of Story Architect 0.1.6, which is the last one for 0.1 chapter and includes all free modules planned for implementation!

Starting from this update, you can work not only on scripts for movies, comics and audio plays but also on stage plays!

In general, the way of working with them remains the same as long as you're used to working on scripts. The main difference is the formatting of the stage play and the set of tools needed for this module.

Just imagine – you open the app ready for the next writing session, and the first thing you see on the main screen are the posters of your stories!  We’ve created Poster Generator so you can easily add memorable covers to your story. Keep being motivated and immerse yourself in the atmosphere of your narrative.

Here you can adjust the text of the future poster and choose a background image from the enormous image library of Unsplash.com, or upload a picture manually.

Once you customize the poster, you can keep using it with your project and also save it as an image if you want to share it with friends or print it for an upcoming premiere :)

Right-to-left adaptation of the interface

Another big step in version 0.1.6 is the complete adaptation of the interface for languages that work with right to left script.

This was a very big and important step to support many authors who use non-western writing systems.

The next release won’t have any new features (though we'll try). Instead, we’ll focus on massive bug fixes. And after that we'll start working on a cloud service so the co-authors will be able to work together in real time. Moreover, we’ll be working on a mobile version of the app and a platform to promote your projects.

Once again, I’d like to thank everyone for the kind words and feedback! This motivates and encourages us to keep going. Thank you, friends!