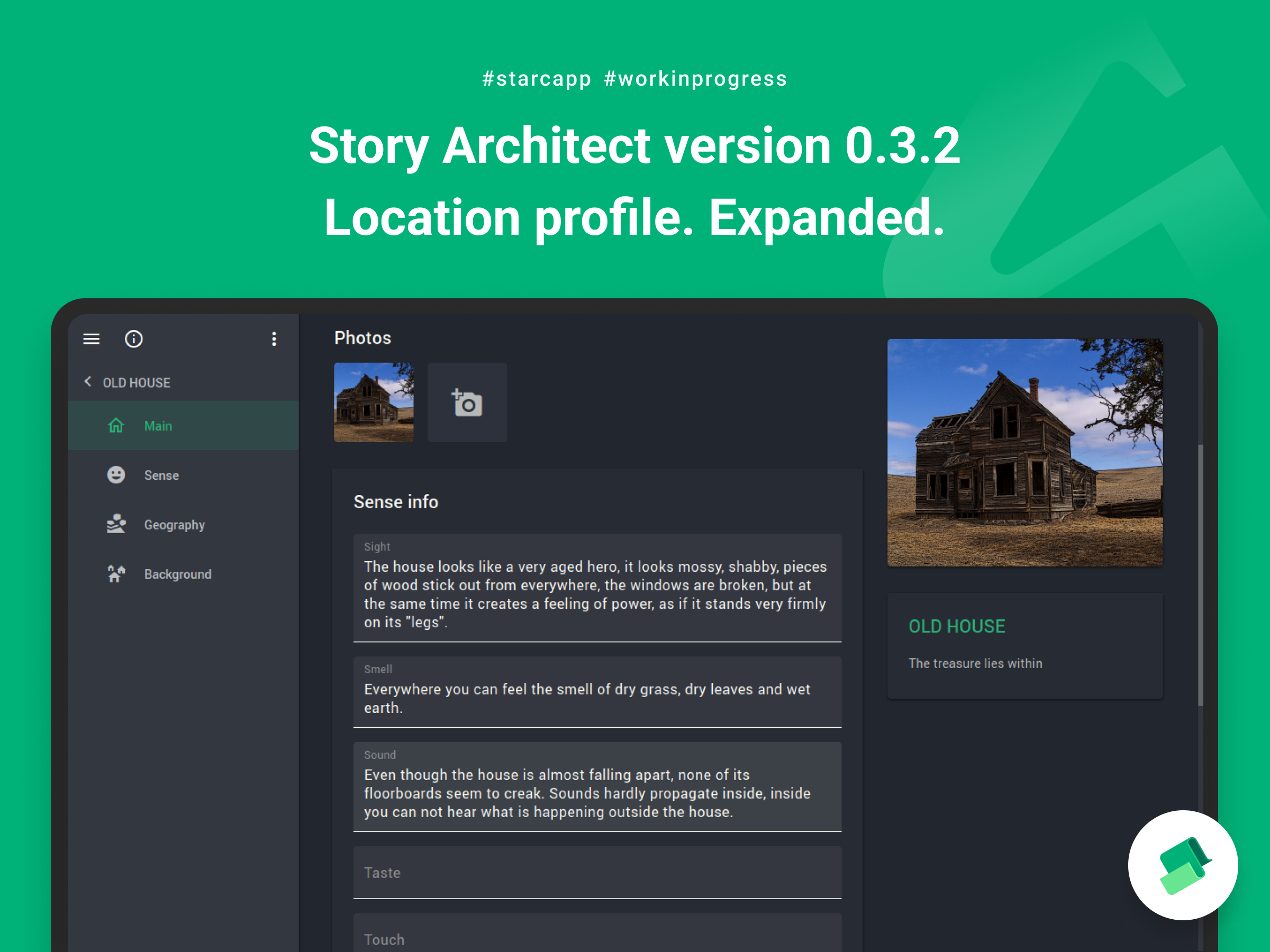 Story Architect 0.3.2 update with an expanded location profile and the ability to create image galleries is coming at you!

As we wrote earlier, updates to the 0.3.X version of the app will be focused on improving the LOR's crafting capabilities. That's why today we are pleased to introduce you to an expanded location editor.

It includes the ability to set several pictures of the place where the action of your story takes place, as well as lists of features, working on which you will be able to set the atmosphere of the place and get a better feel for it.

Another new feature is the ability to add image galleries of any sort to your projects. 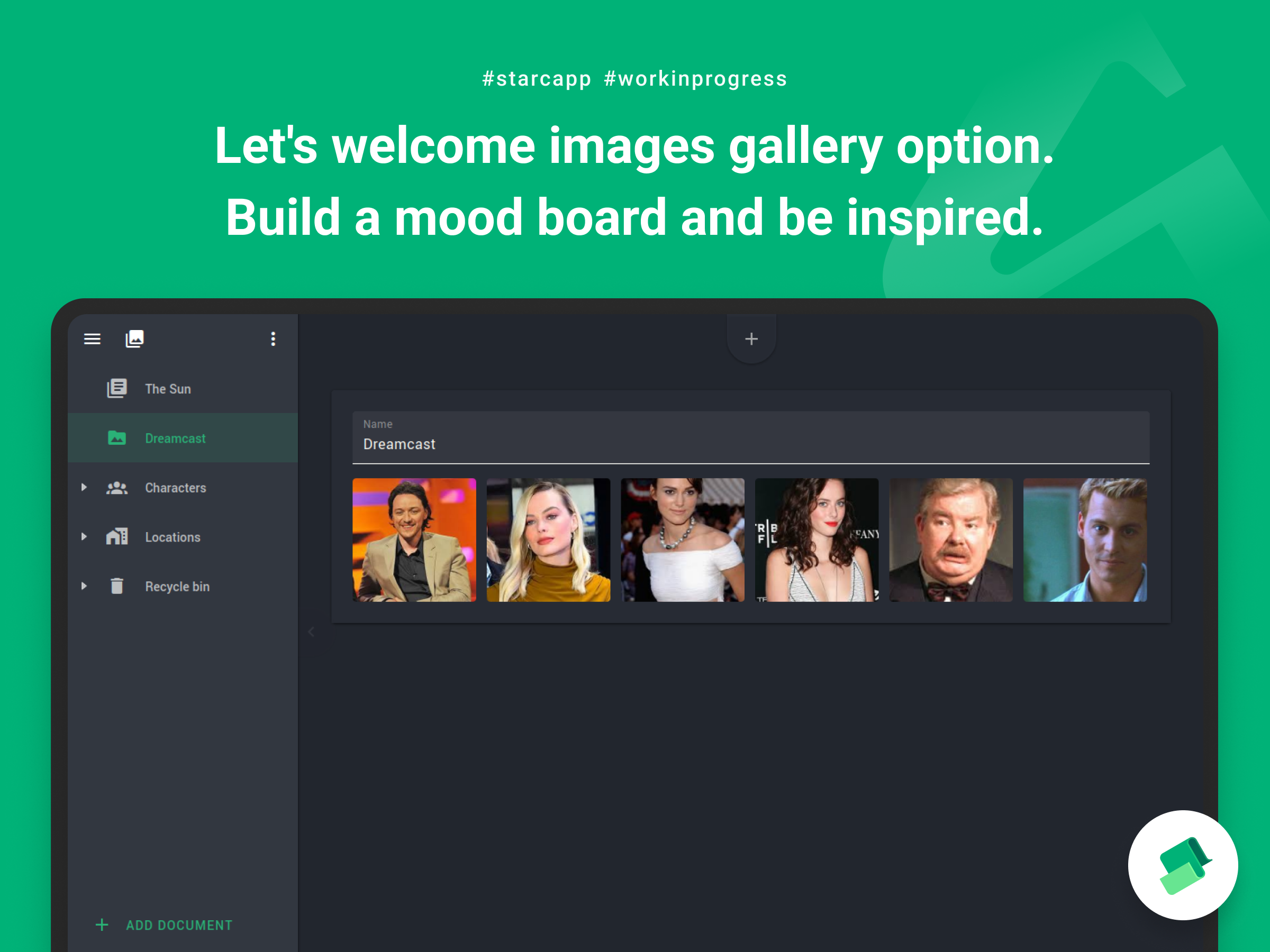 You can add images to the gallery either from files on your computer, or by dragging and dropping images from the internet.

Besides, we have improved the photo previewer. Now you can control it not only with the mouse, but also with the keyboard! You can move from one photo to another using any method convenient for you: with arrow keys, or with the spacebar and backspace, and you can always close the preview with Escape.

Cards have not been neglected either!

In the new version, you can apply a text filter to the cards to find the scenes you want. 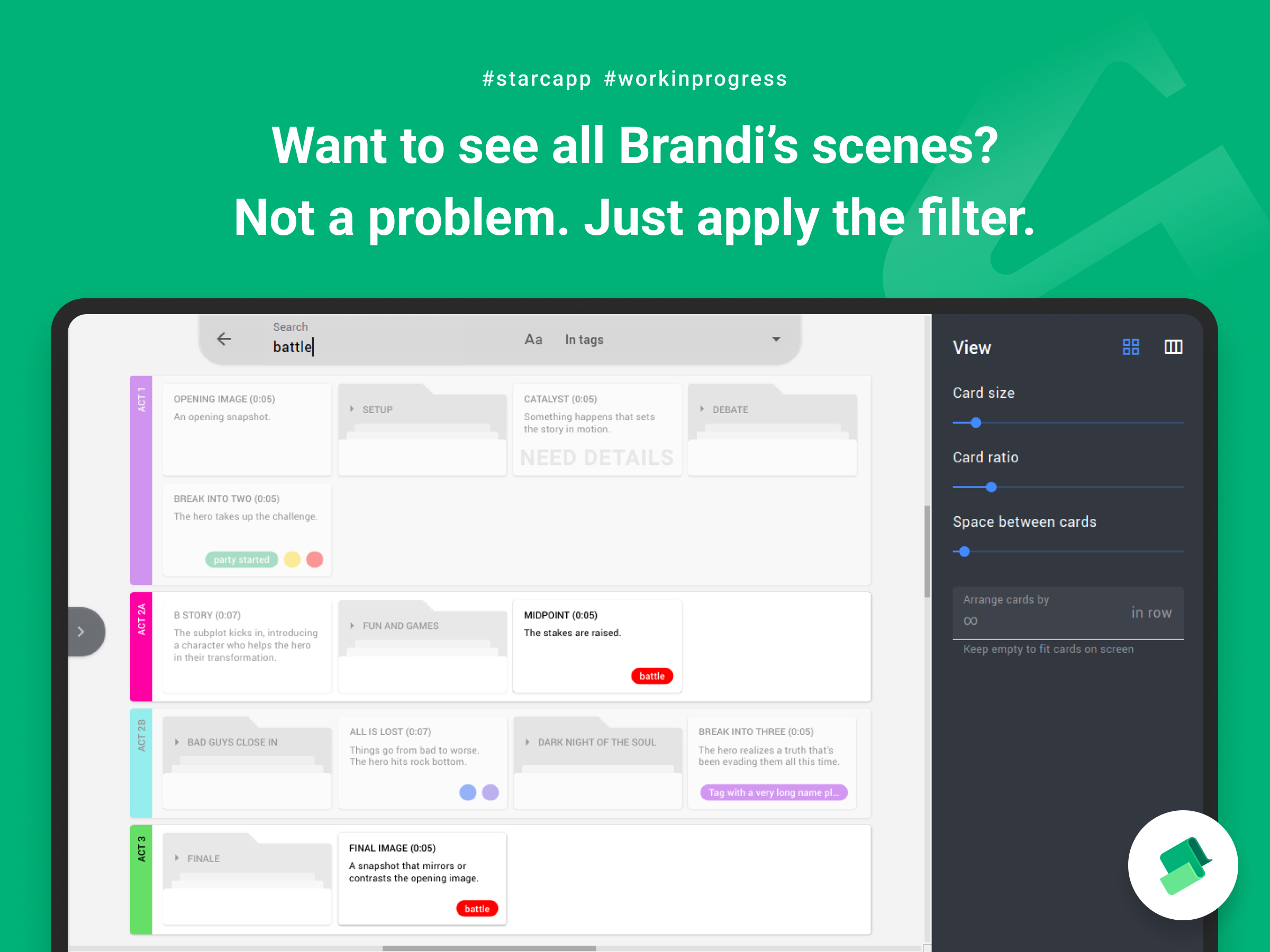 You can search the entire text of the card, or just the titles, or the tags.

Yes, for those who are tired of working long hours at the computer and want to disconnect from it while continuing to improve the script, we've added the ability to print the cards. 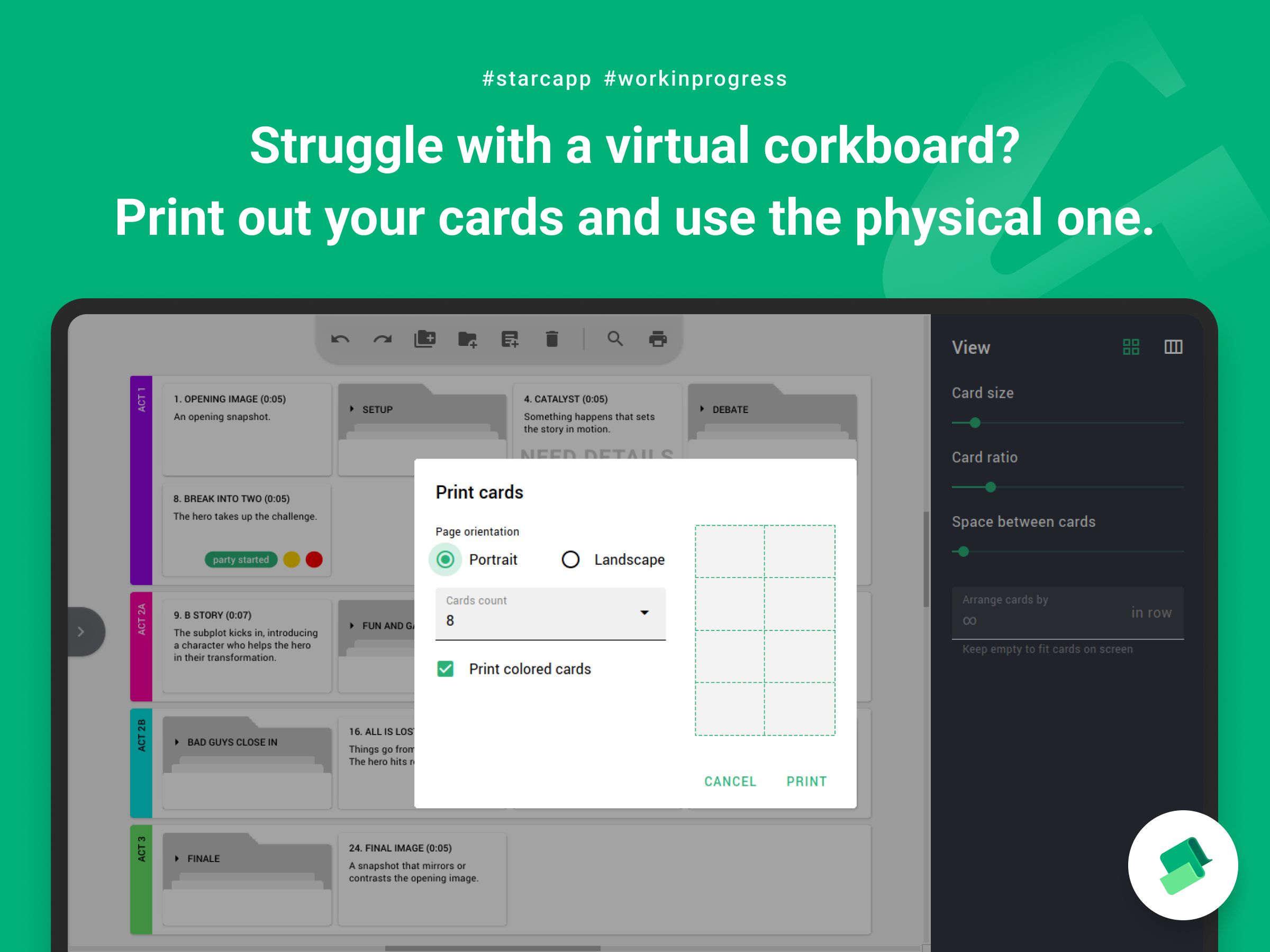 You can specify how many cards to place on one sheet of paper, how to arrange it, and whether you need the colors you've assigned to the cards in the app. The program will then create a PDF file, which you can print, cut along the cutting lines, and lay out your cards on an analog corkboard.

The next release will be focused on stabilization. We're going to concentrate on fixing the bugs in the application as much as possible.

Guys, thank you everyone who take part in our great project! Together we create something new and incredibly cool! We appreciate it greatly, friends.