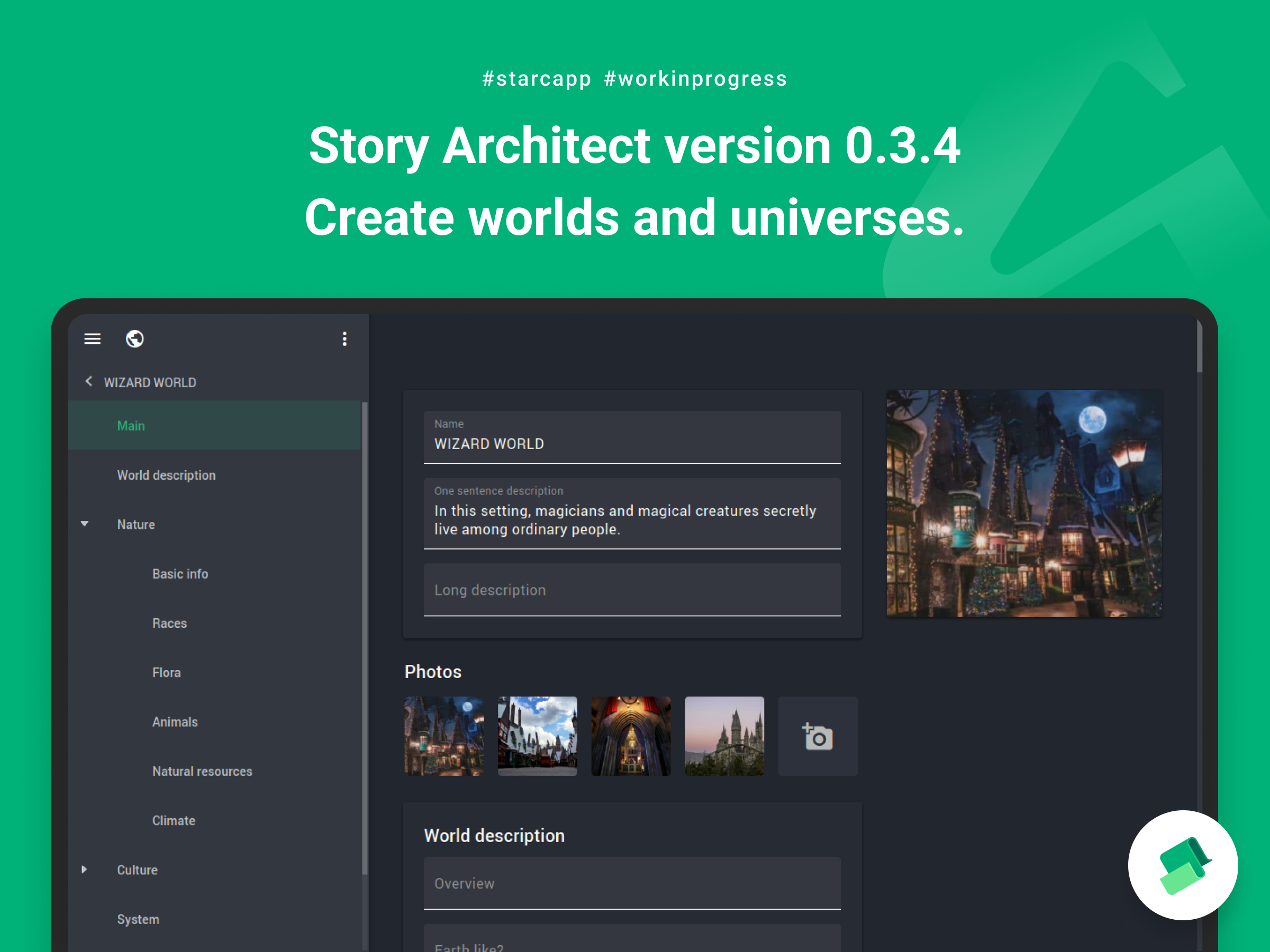 Welcome to the New Year's Eve release of Story Architect 0.3.4 with tools for creating story worlds, speech consistency checker, and other improvements.

Yes! Now you can not only create and manage characters and locations, but also create entire worlds and describe their structure in details, for a deeper elaboration of your work.

The principle of operating the module of worlds is completely identical to the modules of characters and locations. In order to create a new world, you just need to click the "Add Document" button and select the appropriate element in the dialogue that appears. 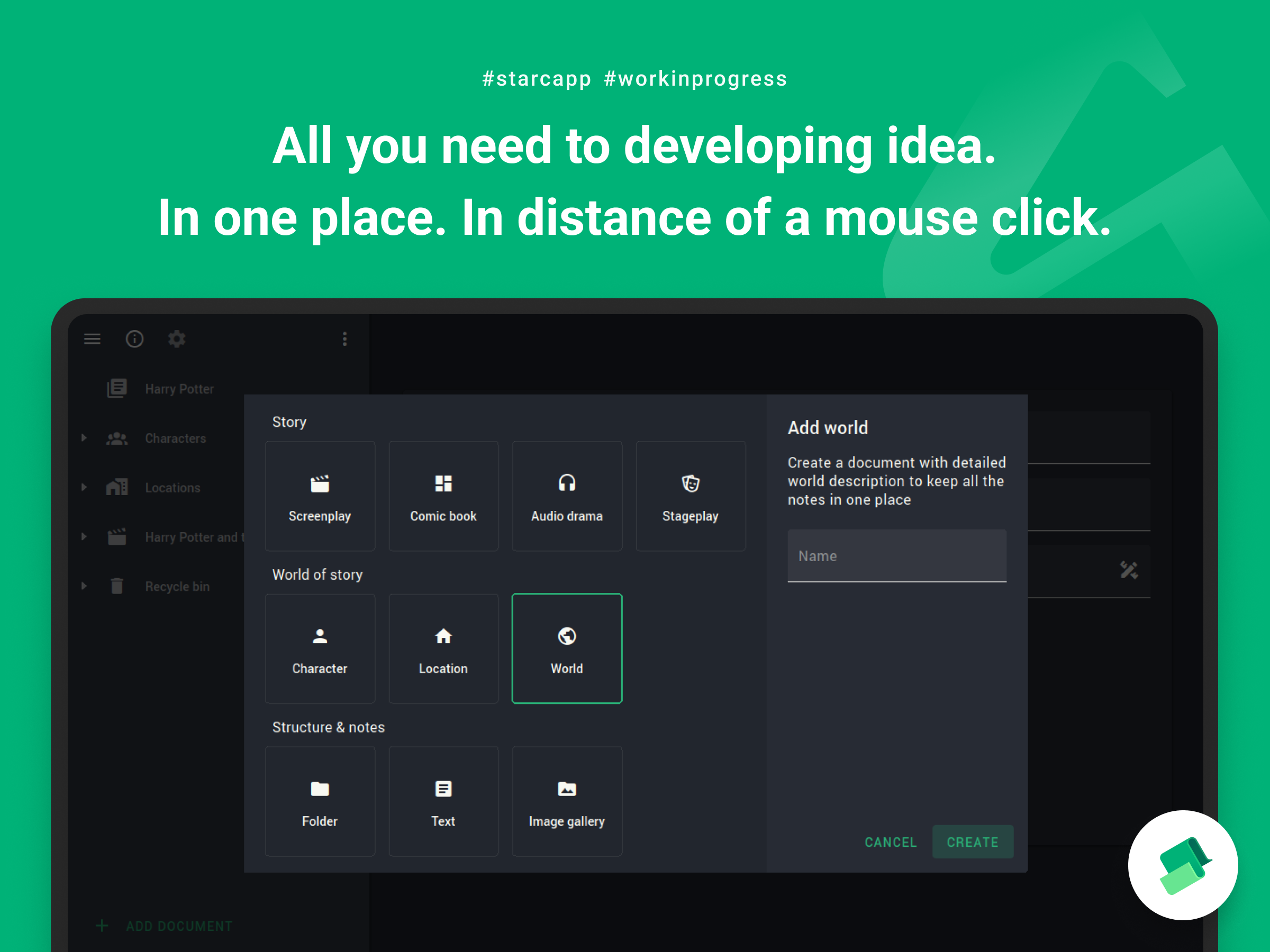 You can create as many worlds as you want, work out their details and even draw a world map of your story. 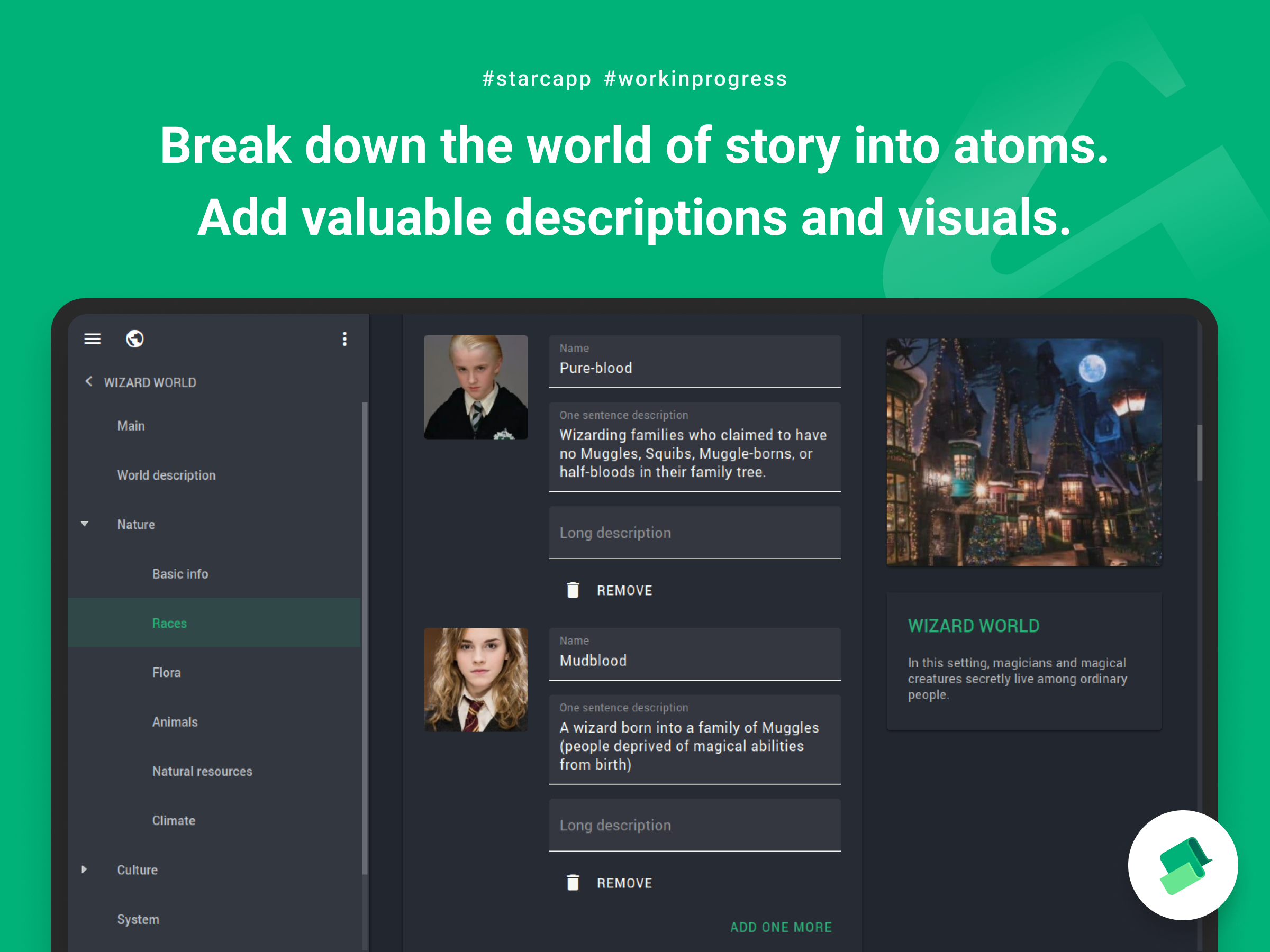 Do you feel how your possibilities are growing with this update? :)

Ready to see what your characters say in every episode of the first season? Then go ahead and master the new tool that will give us a glimpse of them! 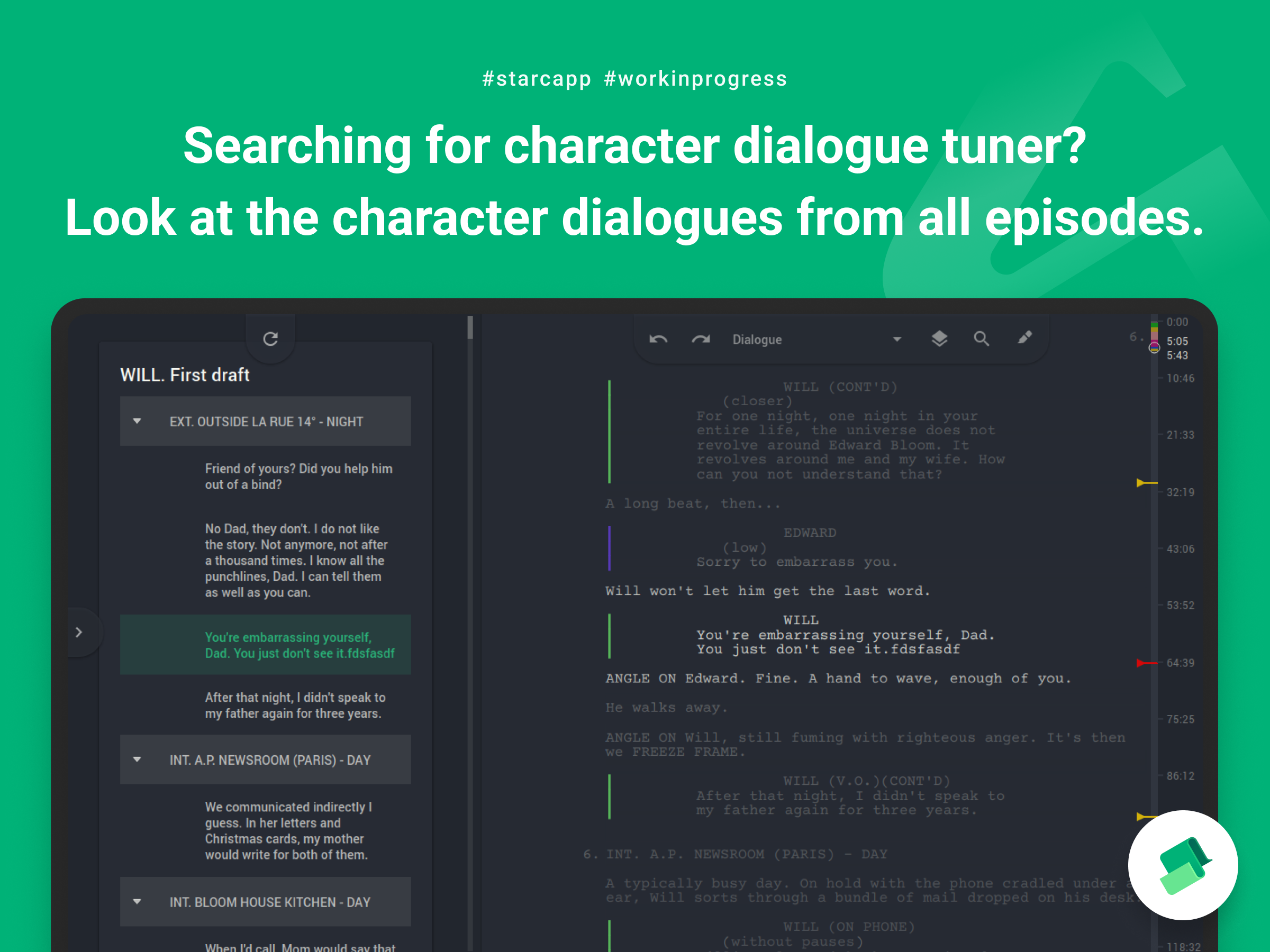 In order to see all character's lines, you have to select that character in the list, and then switch to the appropriate module in the top bar (to the right of the menu button).

All his/her lines in each of the screenplays of the current project will appear on the screen (and if you have not only screenplays in your project, but also comics and podcasts in the same universe, the character's lines will be shown for each of them).

If you click on a line (or on a scene title), the program will send you to the appropriate place in the text. And to make it more convenient to work with this tool, you can split the screen into two panels (option in the upper right corner of the navigator - split window), and then by clicking on a line you open the text in the adjacent panel, where you can organize the navigation through the replicas.

Like every update, this one, as well, has its own little list of improvements and fixes. Here it is:

The first thing we will do is to raise the price of the PRO Lifetime subscription by 50% from January 1st. That means there are only 5 days left to catch up and become a happy licensee. PRO Lifetime not only opens up access to the advanced features of the app, but also provides a permanent 20% discount on the TEAM subscriptions. Invest in the future today!

As for the app development plan, we have three main directions for 2023 that we will be working hard on:

1. Stabilization and optimization of the app

The priority of the year will be fixing all the detected problems, increasing the speed of the application while working with texts and other data of any size.

We're going to create a full-fledged mobile version of the application which will be almost as good in functionality as its older brother. And this will require a lot of resources, which we plan to involve the next year.

In the new year, we plan to introduce a platform which will give additional opportunities for sharing writing experience, for presentation and promotion of your projects, as well as for talent scouting.

Yes! There's so much more! We're going to add features for prose authors in the coming year, to experiment with artificial intelligence, and of course, to add new useful tools for your creativity!